Yolk managed with great speed to get to grips with the issue and to translate it into a clear analysis and approach. In recent months Yolk took the lead in connecting various programmes and projects, as a result of which we were able to accelerate the organisational development. They also developed a refreshing and positively-framed change and communications approach for implementing the new way of working. This means the approach is not limited to the new way of working but integrates other organisational developments too.

Gelderland Province is progressive in terms of the way it organises itself. Work pleasure and work happiness are key, based on the conviction that people are happy as a result of their job if they perform better.

Via an internal job market, staff can apply for positions that appeal to them and suit their talents and development. The province actively participates in external networks when addressing significant social issues. In 2014 the province decided to rebuild its existing offices, and to build a new section. The new Province House, inaugurated in July 2017, supports three activities: cooperating, connecting and meeting. 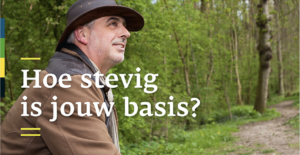 The transition to a new Province House and the introduction of a new way of working meant Gelderland Province had to address some major questions. A lot of time and effort had gone into the construction activities in recent years, as a result of which the description of the way of working was too abstract. Through a series of interviews and workshops the work style was defined more precisely into five principles that provided the direction for the change. 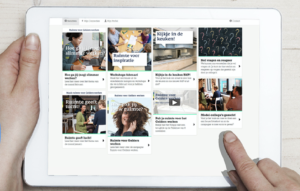 Apart from the Province’s new way of working, there were another ten or so organisational development projects going on, all being addressed based on a single vision but not integrally. This was leading to a lack of clarity. We invested energy into connecting these activities so that the development of the organisation became more of a single story. At their core, all the activities are based on giving staff the space to best use their talents for achieving organisational objectives. 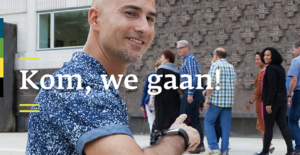 Activation! Via the Yesweconnect platform, staff are asked to connect in a new network. Workshops, readings and training are offered based on monthly themes. Team dialogues provide staff with insight into the upcoming changes. The underlying thread in the approach is personal responsibility and staff’s freedom to choose in which activities they wish to participate.

These are the benefits:

Yolk is the expert in new ways of working and supports organisations from idea to implementation. Together with the organisation we develop the working style and deliver a successful implementation, including workshops on leadership, new working agreements for teams and new skills to work more smartly.

Take the first step towards a future-proof organisation.